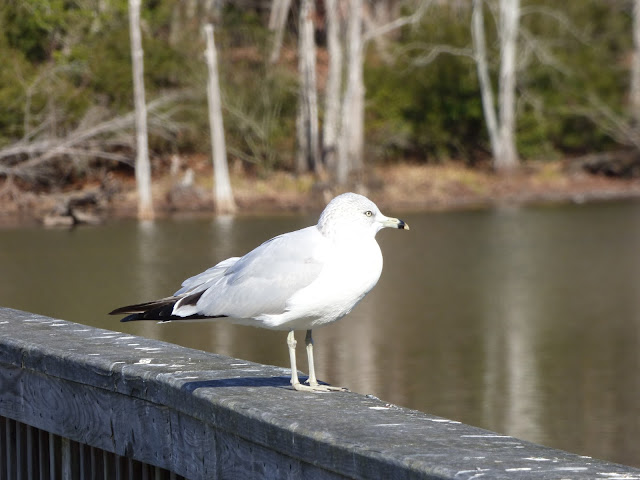 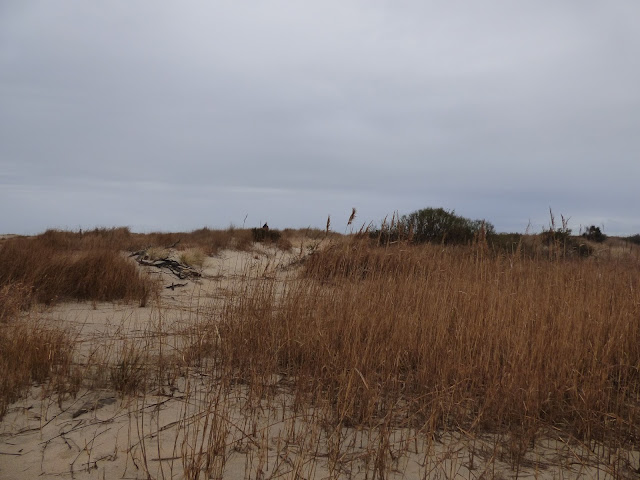 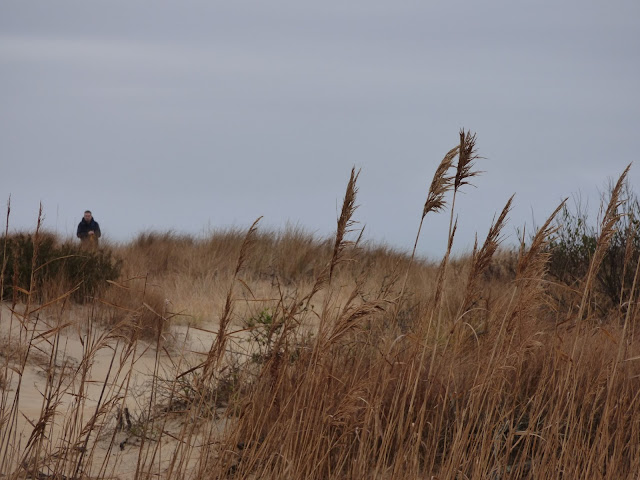 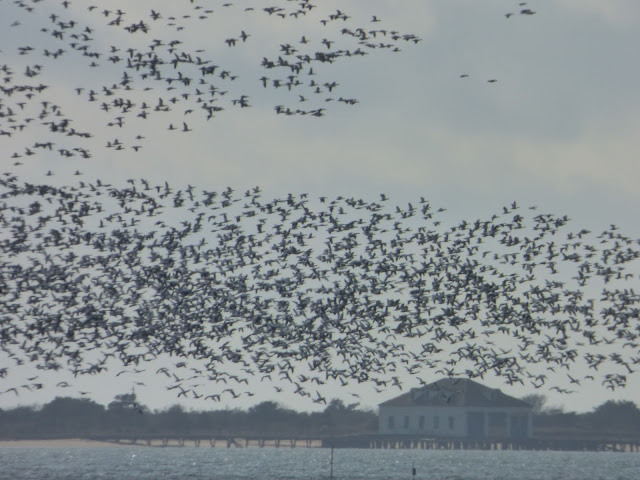 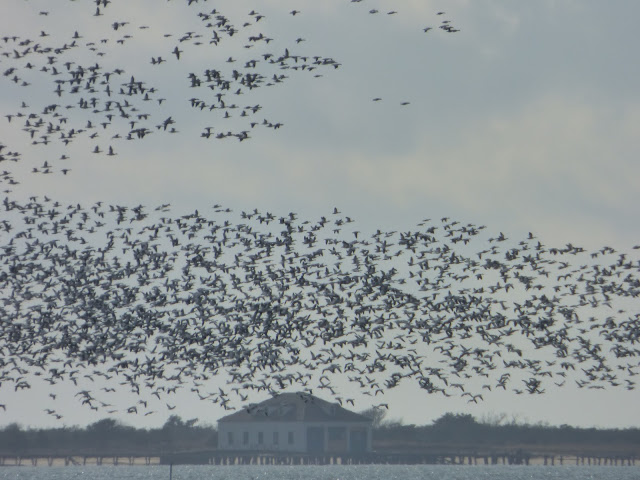 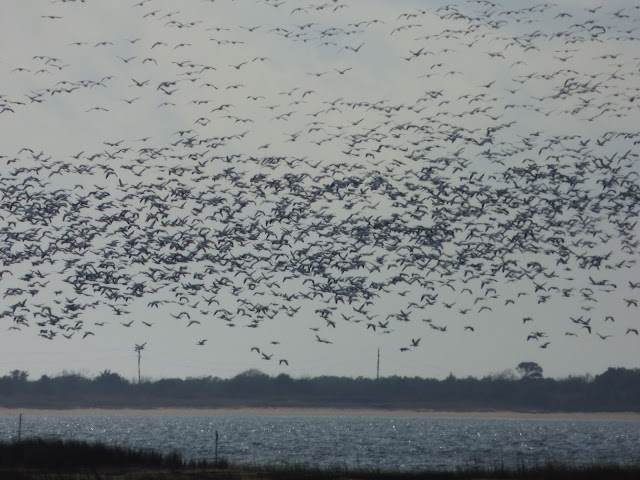 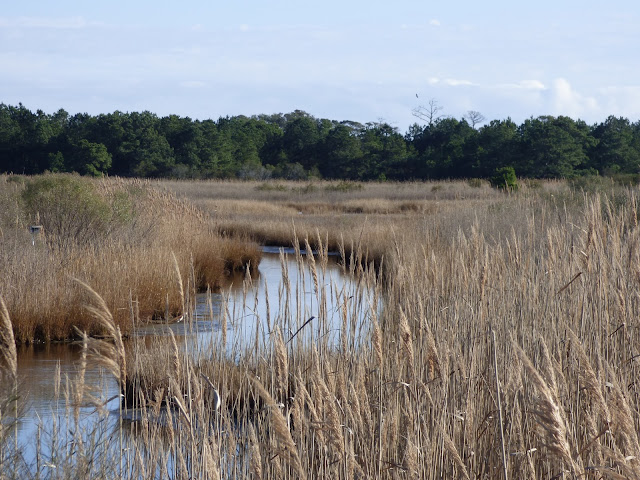 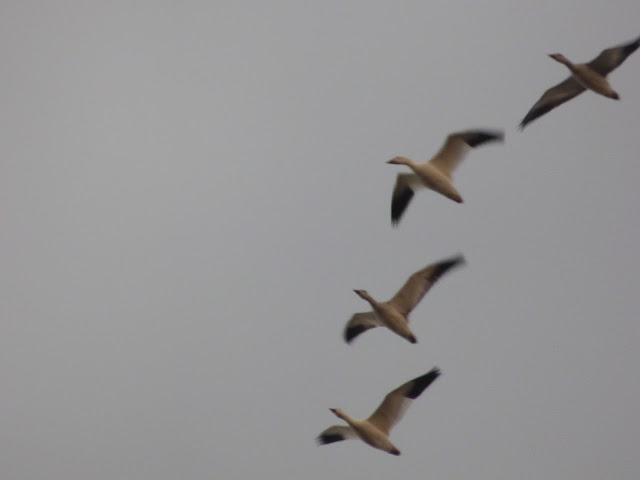 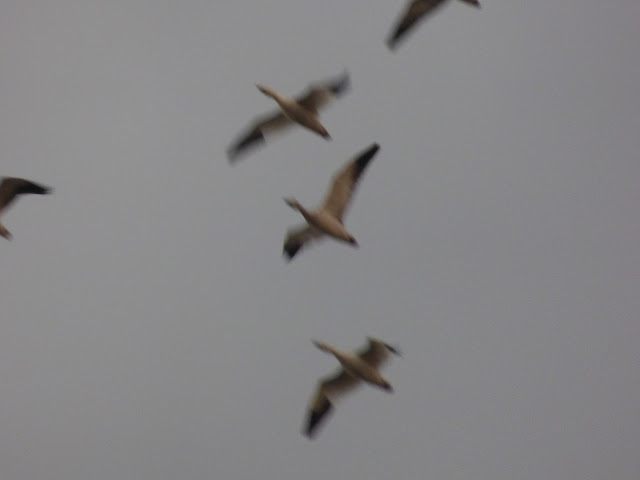 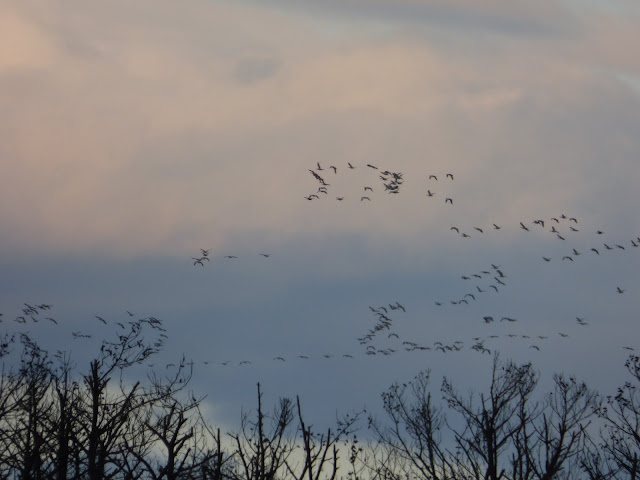 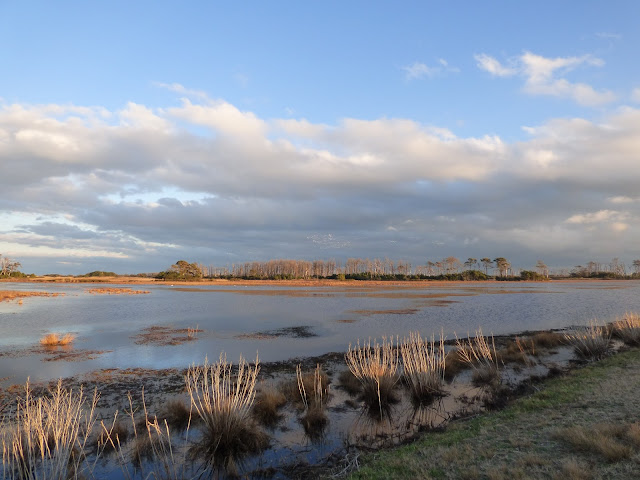 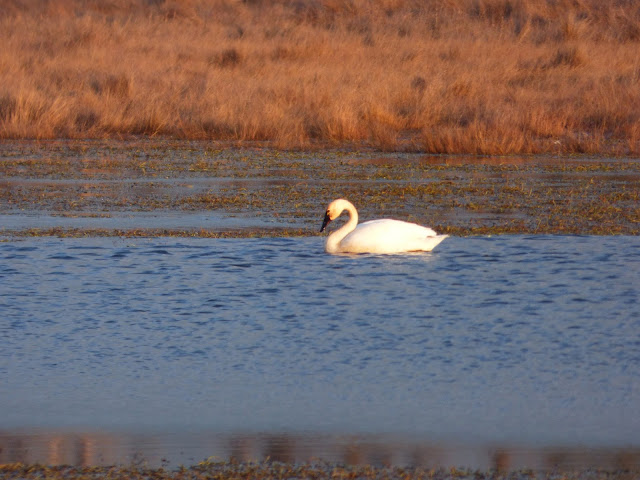 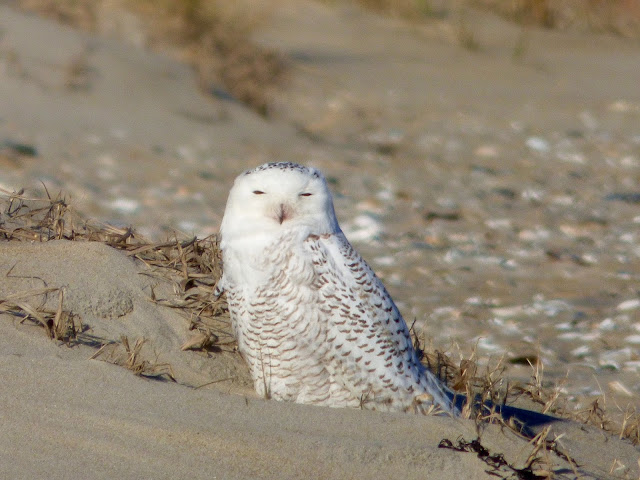 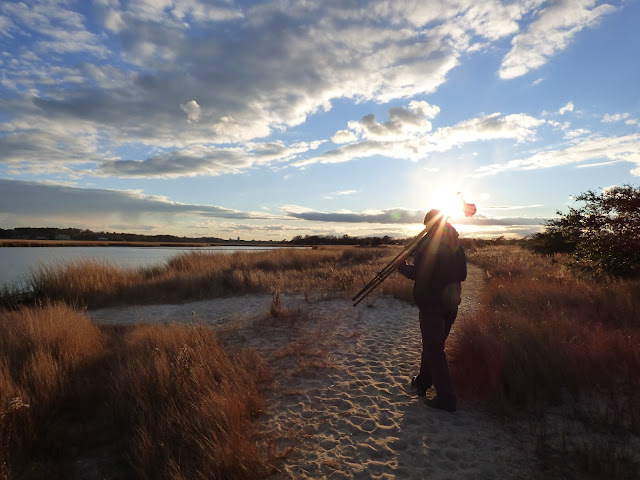 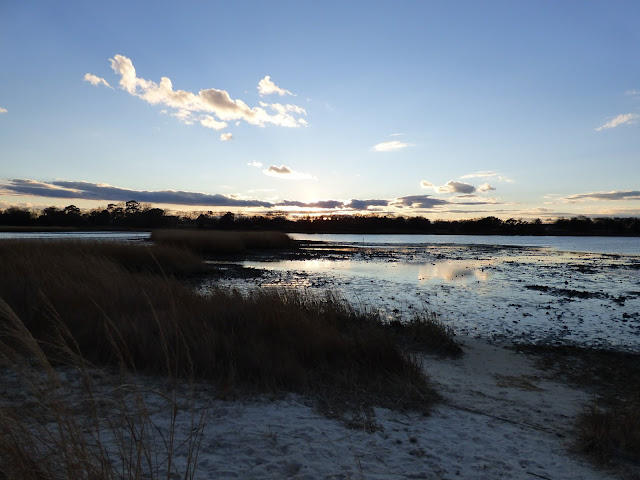 ring-billed gull :: no owl here today :: snow geese :: the view from the bench where we sat
when we decided to stay over :: so many geese (look closely over the treeline at the white "cloud"
tundra swan :: snowy owl, juv. female :: our work here is done

In the sweet, sweet lull that happens between Christmas and New Year's, when no one knows the day of the week it is but everyone knows the date, Julian and I escaped to the Eastern Shore one last time in 2016. I've said it before and I'll say it again - this place is amazing. Having never been there prior to this year, we went THREE times in 2016, because we just love it so much.

I have oodles more pictures to share but I noticed a gentle theme of the trip, focusing on our most prized finds: big white birds. We had planned to get away to the shore sometime in December but the dates just weren't working out for us. It ended up being perfect in the end because by waiting until after Christmas, we were able to find this snowy owl!

She had been there for about a week already, and getting to her required a long hike down a windy beach in less-than-ideal weather. We planned a one night trip but didn't find her after our three mile beach hike in the driving rain. We had already checked out of our hotel but at the end of the day, feeling rather let down, we opted to stay over and try again in the morning. Much to our delight, with only about a one mile hike and only sandblasting winds (no rain!) we were able to find her and snap this incredible photo.

In addition to the snowy owl, our Virginia Year List (birders find weird ways to categorize and quantify our listing obsessions - this means the number of distinct species seen in Virginia in 2016) was lacking a few "easy" birds that we needed to find. I say that they are easy because they are not considered rare for the state, even though seeing them where we actually live would be difficult. Included in this bunch were snow geese and tundra swans, and the Eastern Shore provided plenty.

I keep a nature bucket list - things I want to see in the wild - and the sky blackened by snow geese has been on there for a time. Check! You can only imagine the number of birds in the air for the sky to appear filled with a black cloud when the birds are actually white but only have black wing tips! The snow geese numbered in the thousands across the entire Chincoteague NWR while we were there.

We had a few more fun things to share but since I'm only just trying to get myself back into the swing of blogging regularly, I will leave it here and catch up some more later. Happy naturing!
Posted by Amanda at 12:17 PM 4 comments:
Email ThisBlogThis!Share to TwitterShare to FacebookShare to Pinterest 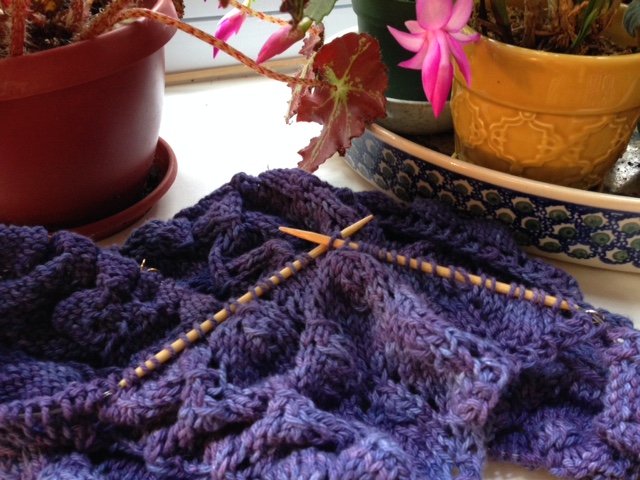 The sweet friend for whom I am knitting the purple Elder Tree prayer shawl is due with her fourth baby on Dec. 2 but will be induced this Friday due to complications from BP/preeclampsia. It is her fourth baby and second round with preeclampsia so it's not a panic but it is a bit disheartening for her. This means I am monogamously knitting to "finish" that piece by Thursday morning and I am hopeful I can send it in her hospital bag come Friday. It is supposed to have about 12-13 leaves down the middle spine and I am currently at 10 1/2. Beth, if you're reading this, save room!!

I'm not reading much at the moment though I have started so many books! I am trying, as I knit, to catch up on lovely podcasts, Handmade and Woolen and Crafthouse Magic being two of my current favorites. There's also Meanwhile at the Castle still in my queue.


Posted by Amanda at 10:30 AM 4 comments:
Email ThisBlogThis!Share to TwitterShare to FacebookShare to Pinterest 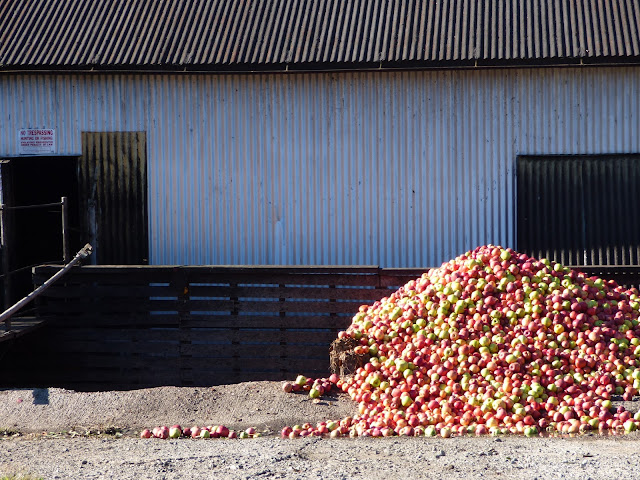 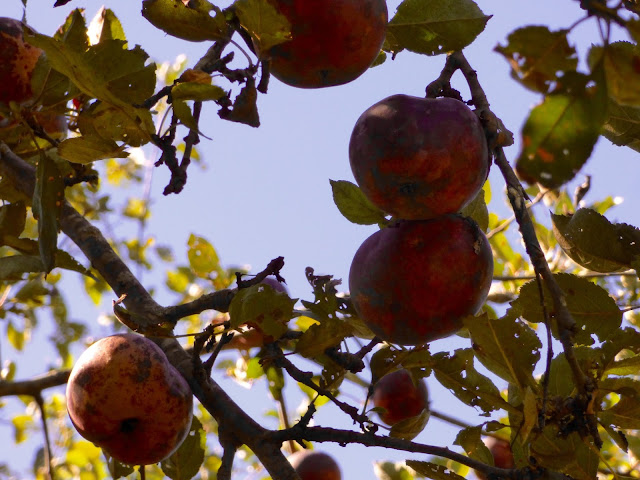 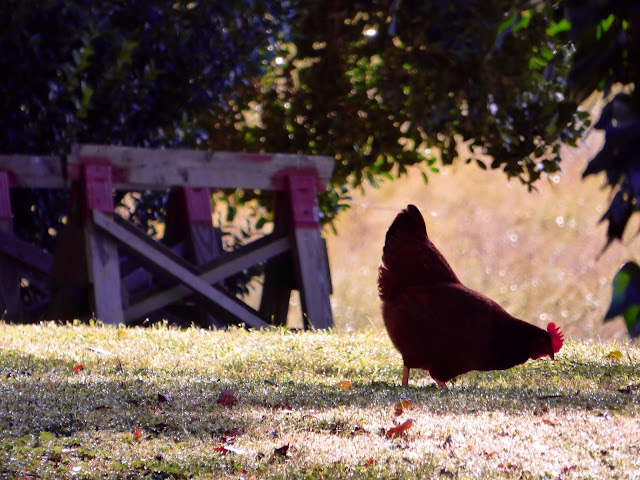 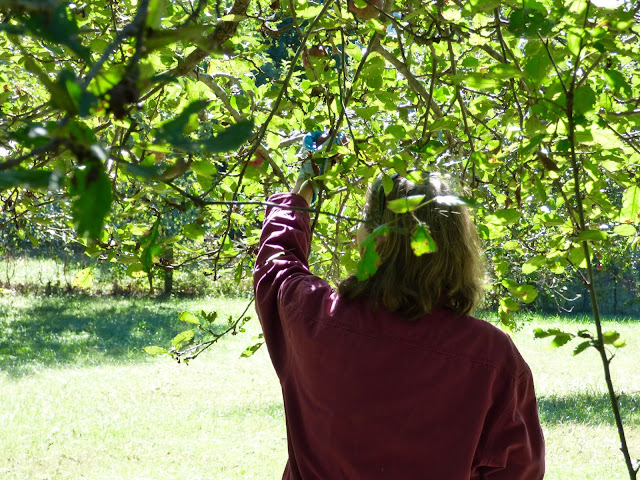 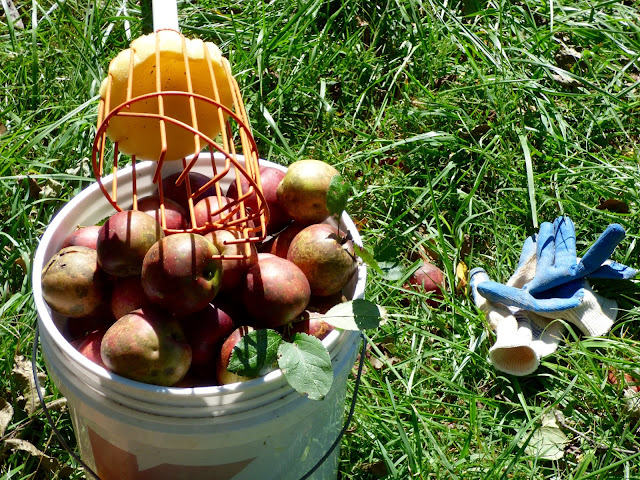 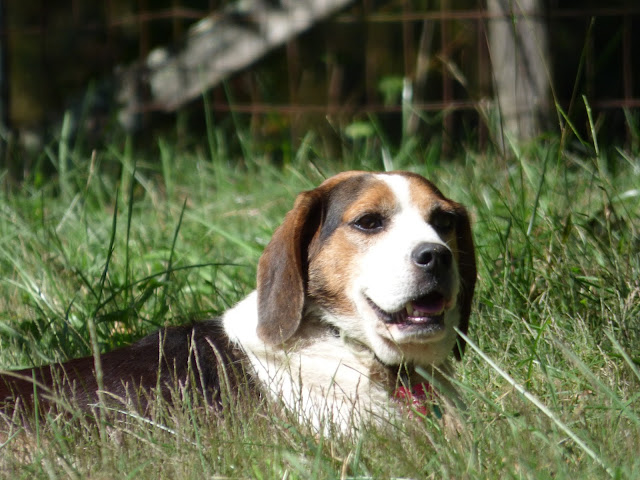 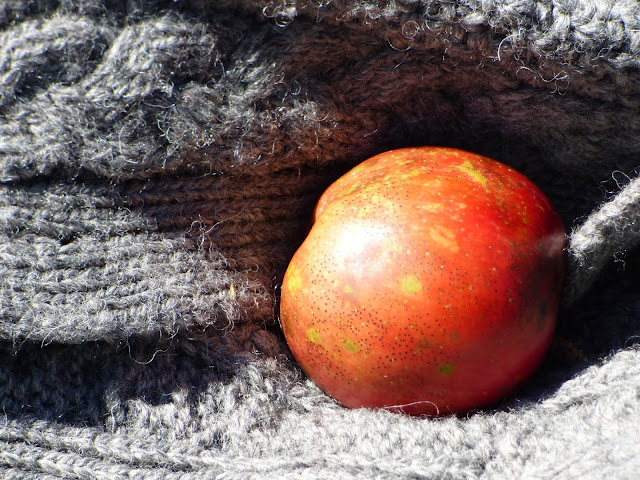 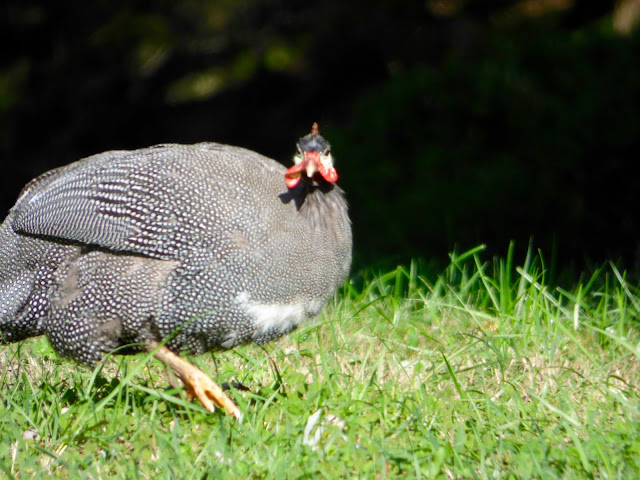 Now that I have resurfaced from the deep dark depths of apples, I can tell you all about it.

My sweet friend Mary is currently renting from a friend who has apple trees, bearing more apples than he can possibly use in even this bad {late frost} year. He doesn't spray them, so not only are they "organic" they are completely chemical free!

Julian and I traveled to a commercial apple orchard early in our marriage, at my insistence, regardless of the fact that Julian said I wouldn't enjoy it. I didn't. No, not one bit. It was a complete tourist trap, with apples so heavily laden that they hung there perfectly on the trees with not a divet, a dimple, with nary an imperfection to be seen. And not a bird in sight because there was not a bug in sight. Because bugs and birds and bees like apples just the same as we, and don't they have a right to?

You can imagine how much fun this was for me.

I grew up on homemade applesauce throughout the winter and always try to acquire apples enough to put up one quart per week of winter (13). In addition, if I can make a few apple pies or put up enough sliced apples for a few winter pies, I'm so much the better. So I picked and picked, enjoyed my time with sweet Mary, and came home with about 80lbs of apples.

Into the freezer went apples enough for three pies, fifteen quarts of applesauce, and four quarts of grated apples for breads or cakes or fritters. I made a fresh apple pie and THEN took 30lbs to my sister in law and made at least one batch of apple sauce with her, put sliced apples in the freezer for a winter pie AND baked a fresh pie!

How about yourself? Have you had a chance to enjoy apple season before pumpkin season swamps us entirely?
Posted by Amanda at 3:17 PM 4 comments:
Email ThisBlogThis!Share to TwitterShare to FacebookShare to Pinterest
Older Posts Home
Subscribe to: Posts (Atom) 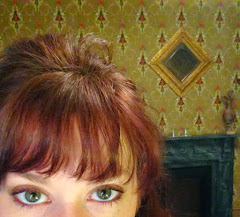